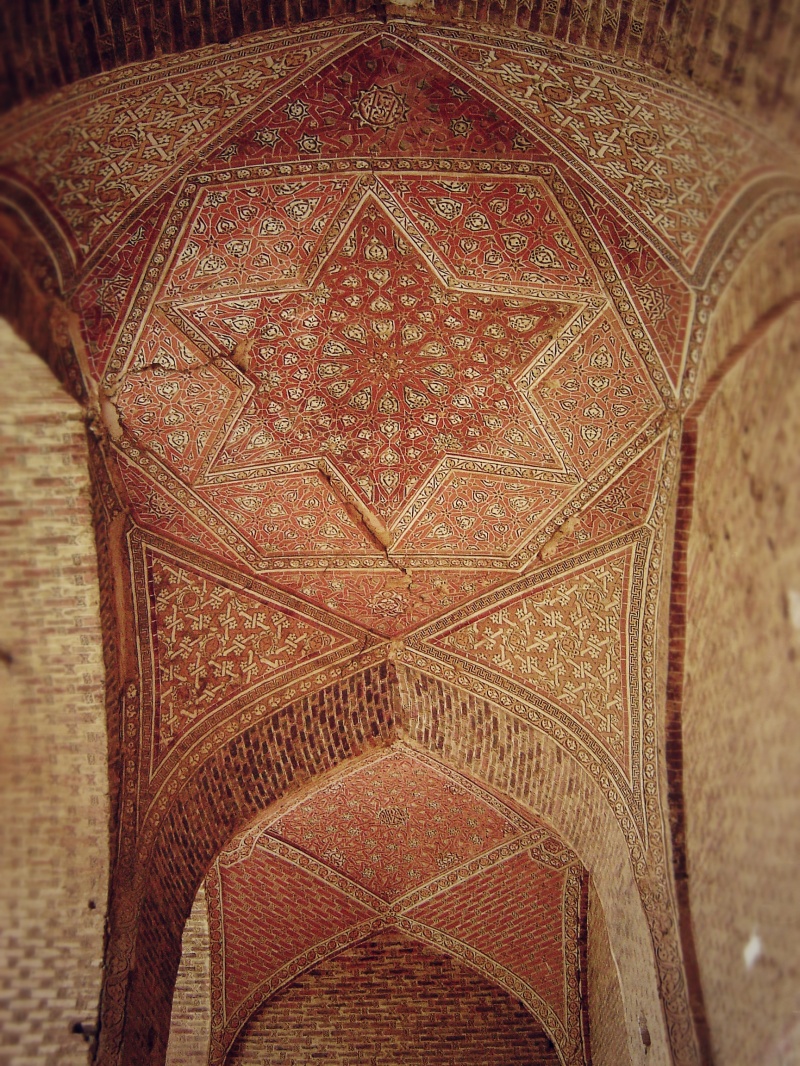 Previous Next
← previous day next day →

Posted by Vahid (Tehran, Iran) on 2 July 2012 in Architecture and Portfolio.

The central magnet of Soltaniyeh's several ruins is the Mausoleum of Il-khan Öljeitü (Persian اولجايتو) also known as Muhammad Khodabandeh, traditionally known as the Dome of Soltaniyeh.
The structure, erected from 1302 to 1312 AD, has the oldest double-shell dome in Iran.[4] Its importance in the Muslim world may be compared to that of Brunelleschi's cupola for Christian architecture. It is one of the largest brick domes in the world, just at the theoretical engineering limit for a brick dome and the third largest dome in the world after domes of Florence Cathedral and Hagia Sophia.[4] The Dome of Soltaniyeh paved the way for more daring Iranian-style cupola constructions in Muslim world, such as the Mausoleum of Khoja Ahmed Yasavi and Taj Mahal. Much of its exterior decoration has been lost, but the interior retains superb mosaics, faience, and murals. People have described the architecture of the building as “anticipating the Taj Mahal.”
The estimated[weasel words] 200 ton dome stands 49 meters (161 ft) tall from its base, and is currently[when?] undergoing extensive renovation.